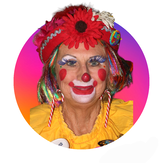 Robyn was born in Brisbane and grew up in Townsville. She immigrated to Canada in 1972 for 3 years. After returning to Australia Robyn qualified as a TAFE Teacher (Business) in 1978. She taught in TAFE at Kangaroo Point, Ipswich and Townsville. Robyn also lectured at QUT and Griffith Universities. After teaching business in High Schools in Toowong, Oxley, Inala, Sunnybank and Mandurah WA she went back to TAFE. Robyn became the Associate Director of North Point TAFE in Brisbane. She received her Master of Education degree in Cairns from James Cook University and was appointed Head of Department of Business at Curtin University in Kalgoorlie WA in 1989.
Robyn was appointed as an Advisor to Hon. Matt Foley, MLA when he was Minister for Employment, Training and Industrial Relations in the Goss Government. She travelled extensively in Australia and overseas with Matt and stayed for 2 years.  After 20 years in administration and teaching Robyn decided to join the corporate world of business specialising in training in the hospitality industry. She worked for the Sheraton Corporation in Malaysia, Indonesia, Thailand & China. She returned to Australia with Sheraton as the Hotel Manager at Sheraton Mirage Hotels on the Gold Coast & Port Douglas. Robyn then went to Sea World Nara Resort as Deputy General Manager for 7 great years and received multiple industry awards.
A privilege for Robyn was to immigrate to Vanuatu in 2006 and spend 3.5 years immersed in the Melanesian culture as General Manager of Iririki Island Resort in Port Vila and then Resort Manager at White Grass Ocean Resort on Tanna Island in Vanuatu. At this time she completed her Thesis and became a Doctor of Business Administration in 2007, after studying through the Southern Cross University.
Returning to the Sunshine Coast from Vanuatu in 2009 Robyn was appointed the inaugural Resort Manager of IRT The Palms Retirement Resort. She stayed for 7 years and received two Queensland awards for her management, before retiring in 2016.
Finally, Robyn was able to achieve one of her dreams to give back to the Community and become a Coastal Caring Clown. Robyn was humbled to be appointed the President of Coastal Caring Clowns Inc. in August 2017. Robyn is also the President of National Seniors Australia Buderim branch.
Robyn wants to give her thanks to the wonderful Clowns who have given their time to train her, encourage her and bring her into the Clown fold. The rewards of clowning at hospitals and nursing homes are immense for Robyn. She hopes to provide many happy times wherever needed on the Sunshine Coast while still learning “on the job”.

Create your own unique website with customizable templates.
All members are with Blue Card status. Coastal Caring Clowns visits are free of charge